Santa Maria a Monte was an important outpost for its medieval hilltop location long disputed between Florence, Lucca and Pisa; Today is part of of the industrial Leather District.

The historical center has a unique urban structure: the houses and buildings overlook the road that follows a spiral pattern; walking through the streets are found traces of defensive medieval system: arches, tower-houses, the clock tower, the palace of the Podesta, the Collegiate Church, which preserves valuable artworks.

Santa Maria a Monte is the house where the famous poet Carducci spent his youth; here he was born Vincenzo Galilei, composer and father of Galileo.

Nearby, you can find the Astronomical Observatory of Tavolaia, among the most important in Tuscany.

The local folklore is renewed in the celebrations in honor of the patroness, the Beata Giuntini, culminating on Easter Monday with the “processione delle paniere”, (literally: procession of baskets).

Typical product of Santa Maria a Monte is the “Tosca potato”, a variety of yellow-fleshed potato excellent when fried, which are dedicated a festival in August and the culinary event “La Piazza del Gusto”, in June. 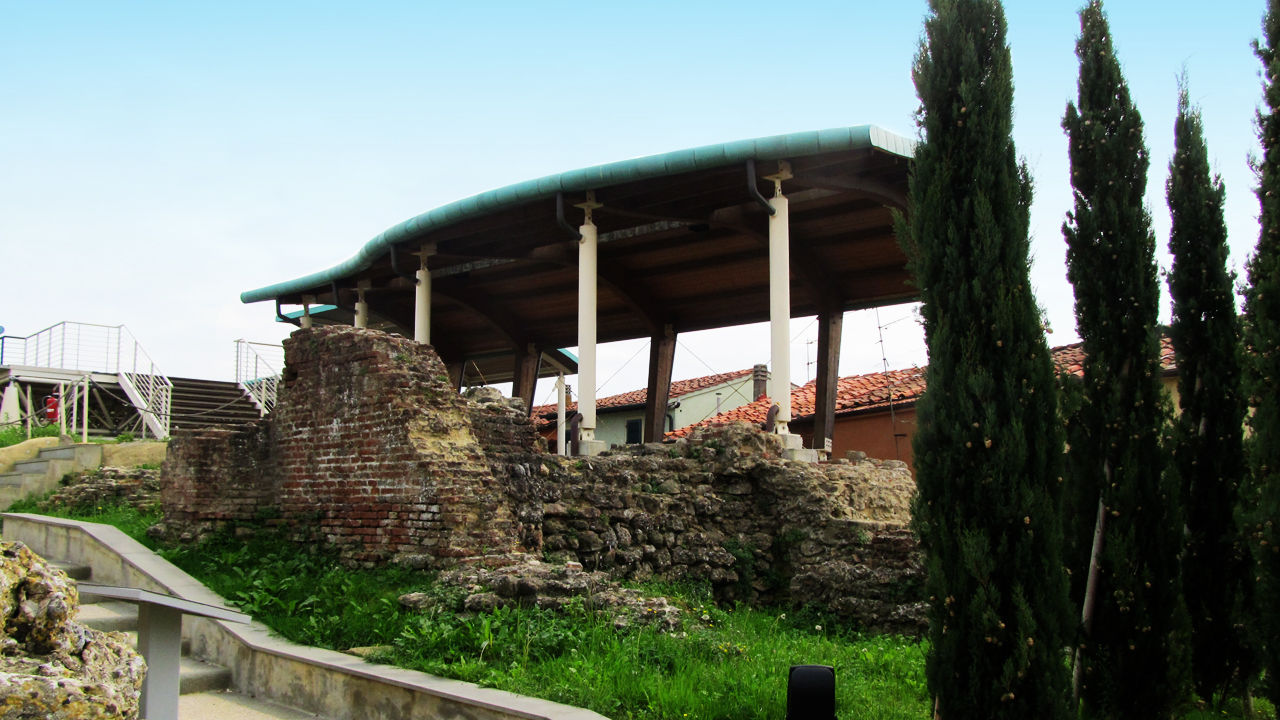 The Archaeological Park is located at the top of the village of Santa Maria a Monte.

The oldest evidence of life emerged from the investigation date back to the Etruscan period, starting from the fifth century BC when the top of the village was occupied by a village.

On top of the hill, on which the town was built in the Lombard period, a chapel dedicated to the Virgin were built, one of the oldest Christian buildings in Tuscany.

“The Rock” shows many examples of history that has alternated: the element of interest is the area of ​​the crypt, where you can see the outer walls of the structure of the eleventh century and the foundation of three authentic altars.

Going up, you can see what remains of the original Lombard structure (Sec. VIII) and the two baptismal fonts (created between 941 and 1200); the portion between the baptismal fonts and the crypt is the place where they were found the main traces related to the Etruscan period and the eight furnaces for bells.