The village, whose name derives from the medieval Sancta Lucam, is documented from 877; now, only some traces of the fortress and medieval urban structure are preserved, in addition to the ancient Romanesque church in the hamlet of Pieve di Santa Luce.

The local economy is mainly based on agriculture; for a testimony of old crafts you can visit the Ecomuseum of Alabaster, with an Archive dedicated to the route of the excavation.

The municipal area is characterized by nature and environment: the woods of Santa Luce are crossed by paths and hiking, bicycle or horseback trails; The Wildlife Oasis of Santa Luce lake, with a visitor center and teaching laboratory, equipped nature trails for bird watchers with over 150 species of birds.

In Pomaia housed one of the most important center of Buddhist culture in Europe: the Lama Tsong Khapa Institute housing, over two distinguished resident lamas, teachers and meditators, also famous buddhist artists and actors; founded in 1977, it is located in a building with meditation halls, dining rooms, library and guest rooms. 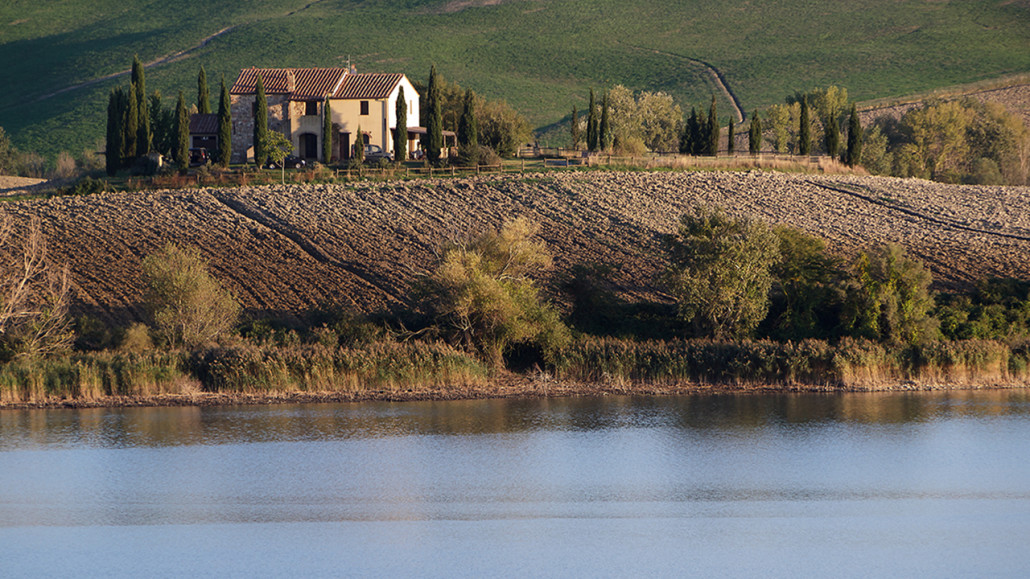 The Oasis, formed in 1992 around the artificial lake owned by the company Solvay, is managed by the Italian League for Birds Protection; from 1997 was set up the ‘Natural Protected Area of Local Interest (ANPIL) called “Santa Luce Lake”, became Provincial Nature Reserve in 2000.

The Region of Tuscany has attributed to the lake the definition of Site of Community Importance (SIC) in order to provide future guarantees for the protection and preservation of the area.

The Lake of Santa Luce is an habitat of many waterfowl species.

Is also an important place along the migration route, and a strategic hub in the ecological system of the territory; It has characteristics and potential of great importance among provincial and regional protected areas, about biodiversity, but also for environmental education.