Volterra, surrounded by century walls, is a city of Etruscan origins and medieval shape, with an artistic handicraft unique in the world: alabaster, including numerous masterpieces are exposed in the Alabaster Ecomuseum.

Testimonies of the Etruscan and Roman period are found in the Etruscan Museum, in the acropolis and in the necropolis of the archaeological areas of Vallebuona and Enrico Fiumi Park, and in the remains of the first century BC Theatre where, in summer, there is a festival of theater, music and poetry.

The medieval town is built around the Piazza dei Priori, on which stands the Priori Palace (1208); also notable is Piazza San Giovanni, with important religious buildings.

Volterra has been chosen as setting for several novel and film, like the Twilight Saga.

The medieval atmosphere, with typical costumes, lives fully in August with the “Medieval Week – AD 1398”, the first Sunday in September, with flag-wavers who compete in the “Astiludio” tournament.

To appreciate the many local products is the festival Volterragusto, whose spring edition is in March, dedicated to the marzuolo truffle, and the autumn one on late October / early November, celebrating the fine white truffle, typical of the Volterra hills. 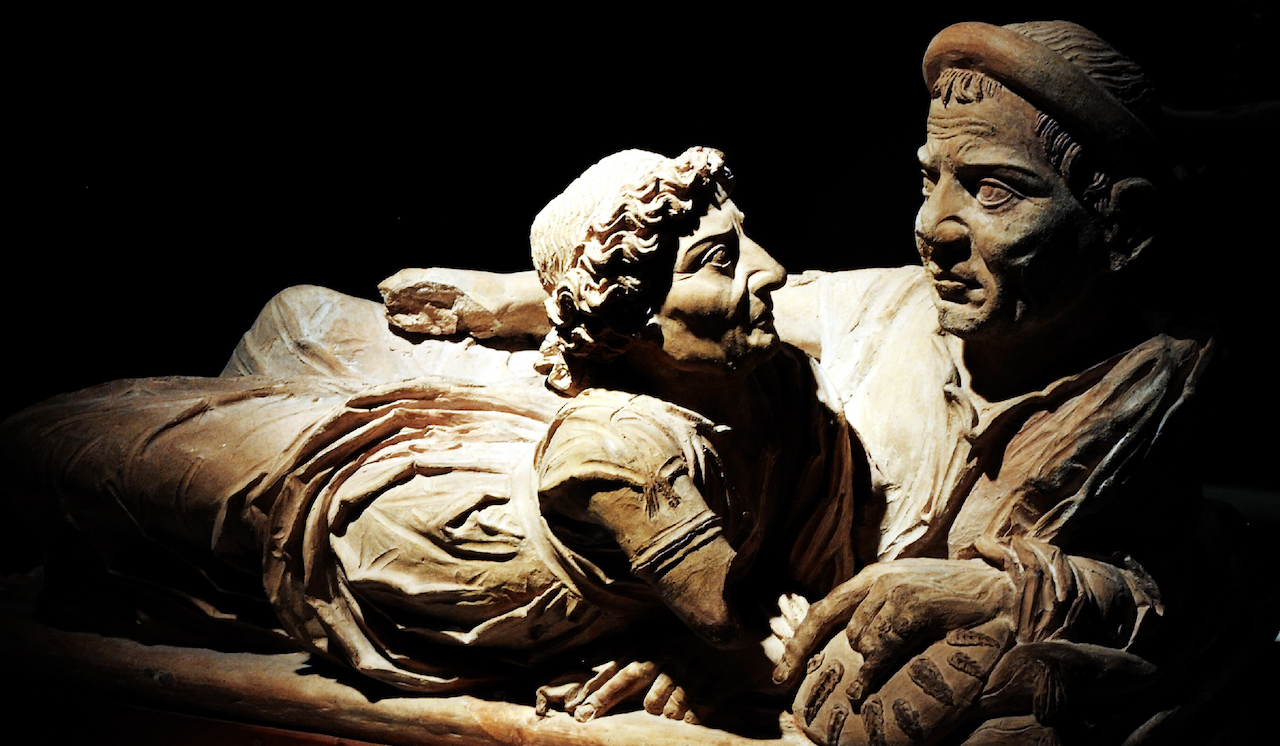 The Guarnacci museum is one of the oldest public museums in Europe and was founded in 1761 when the noble abbot Mario Guarnacci gives the city its significant archaeological heritage, collected over years of research and purchases, as well as a library containing over 50,000 volumes, avoiding that wealth was lost.

The historical path begins at the ground floor, exhibiting significant pre and proto-historic monuments, on eastern, archaic and classical, and continues to the second floor showing the historical period of great economic and artistic prosperity, from the end of the IV to the I century BC.

In the room XX is a monument and symbol of the Museum and Etruria: the votive elongated lad known as “The Evening Shadow”.

His great fame, together with legends as curious as false, is essentially due to the unique shape of this votive bronze, evoking the human figure shadow on the ground by the sunset light, with peculiar similarities with contemporary artworks.