Called “Ripommarancia” until the fourteenth century, Pomarance was the center of legal fights between the bishops and the town of Volterra; Here born the painter-architect Cristoforo Roncalli, known as Pomarancio, whose five-seventeenth-century works are housed in the Romanesque church of San Giovanni Battista.

Among the many mansions are the Palace Vicariale, the Praetorian Palace, the Museo Casa Bicocchi, Palazzo Ricci (which displays a collection of ceramics from the sixteenth and seventeenth century) and the Theatre-Palace De-Larderel, which together with the Theatre of the Brave hosts cultural events.

The recent history of Pomarance is linked to the French engineer François De Larderel, which in the nineteenth century began the geothermal energy exploitation from underground of Larderello.

An excursion destinations are the Rocca Sillana (sec. XII), near which you can still see the remains of the church of San Giovanni (sec. X) in Romanesque style with Norman elements, and the protected areas of Berignone-Tatti and Monterufoli.

In Pomarance are local animals breeds been in danger of extinction as the Pomarancina  sheep and the Cavallino of Monterufoli. 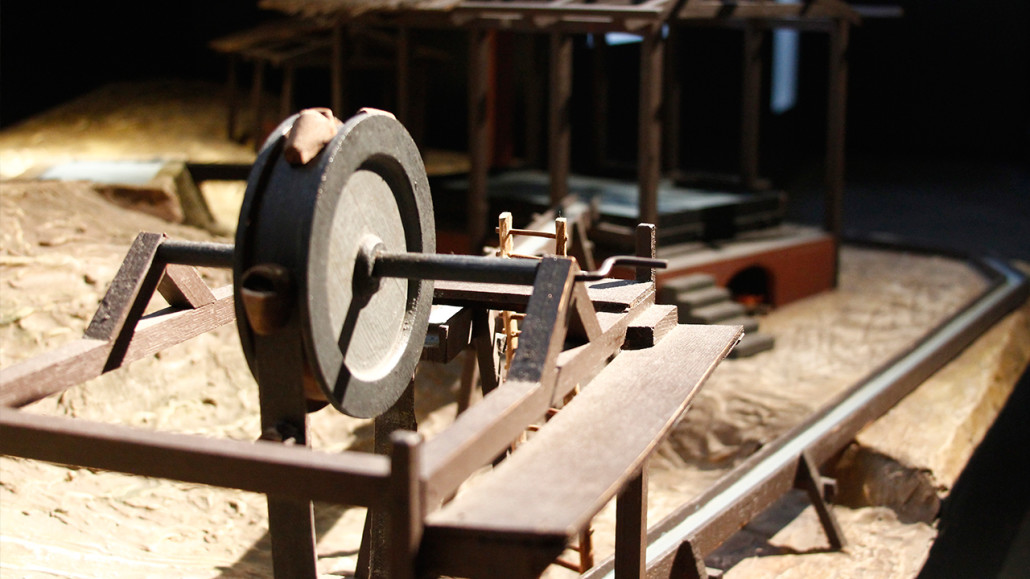 Founded by Larderello Spa at the end of the ‘50s, had its venue in Palazzo De Larderel where he returned recently, fully renovated and equipped with the latest techniques of museum design.

An itinerary start from the resource utilization in the Etruscan and medieval period, to the industrial development and the today’s challenge of alternative energy.

In 1913 it was installed the first geothermal power plant in the world; Today, they produce, together with those of Amiata area, about 27% of the energy needs of Tuscany.

The Museum is open all year and for free It is particularly suitable for school visits during which you can take part in various educational activities on geothermal energy and its natural phenomena.

The visit includes, in addition to the rooms of the museum, the plastic-model hall (with slides that illustrate the genesis of geothermal energy, research, drilling and power plants), the indoor lake and the thermal water spring.

For groups, by appointment, it is also possible to visit a “soffione” and a geothermal power plant.