Peccioli stands on the hills with its distinctive bell tower of the Parish of St. Verano (sec. XI), with valuable works of the Pisan school.

Nearby, the Praetorian Palace houses the Museum of Russian Icons, dedicated to the journalist Francesco Bigazzi, who gave to Peccioli his collection of icons of the nineteenth and early twentieth century; It is located near the International School and the Laboratory of icons.

Peccioli houses a museum area which includes the Archaeological Museum (with the recent finds of Etruscan Ortaglia Sanctuary), the Collection Etchings and Lithographs Museum, the Bell Tower and the Museum of Sacred Art.

For children, there is a Prehistoric Park with reconstructions of life-size fiberglass dinosaurs.

Nearby, among vineyards and olive groves they are scattered many hamlets like former castle and ancient church of Factory; Libbiano with its astronomical observatory named to Galileo Galilei; Legoli, with a tabernacle of Benozzo Gozzoli in the Chapel of Santa Caterina.

Among the main events: in July, the “11 Moons” theater festival; October 25, the Feast of the Patron Saint Verano; in October, the Feast of St. Columba and the “Coppa Sabatini” cycle race.

Peccioli has been awarded with the orange flag of the Touring Club, mark of quality and environmental tourism. 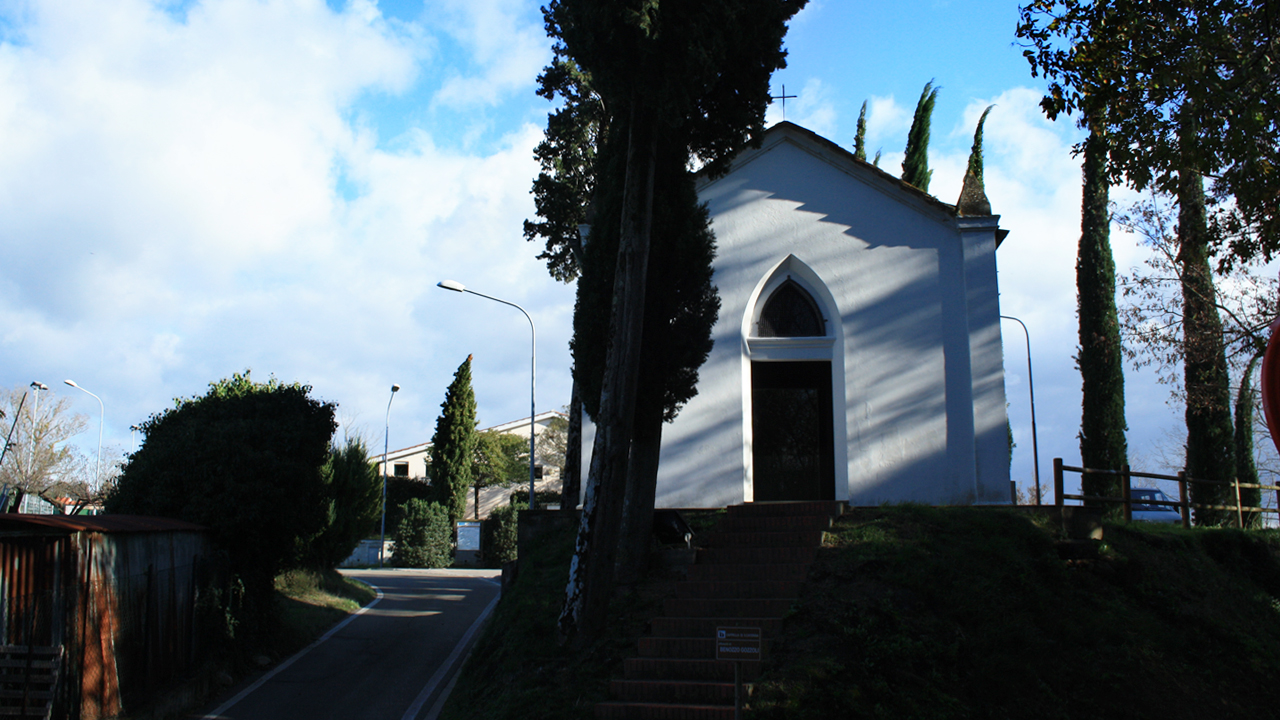 The Tabernacle of Benozzo Gozzoli (disciple of Beato Angelico, which was also co-worker) is located at the chapel of St. Catherine in Legoli, where the artist lived from May 1479 to January 1480 to escape the plague in Pisa.

Most probably, during this stay he performed the majestic tabernacle still placed at the entrance of the village, painted in the summer of 1479; according to historians, this is the most touching of his minor works, despite the poor state of preservation.

For centuries it has been exposed directly to the elements and only in 1822 was erected a small chapel to protect it.

The theme of tabernacle is death, linked to the plague that was claiming many victims; the suffering and the pain caused by the disease are found in the of St. Sebastian wounds and the incredulity of St Thomas touching the wound of Jesus Christ.

A possible remedy is a move away from evil exemplified, one hand, by holy miracle worker Sebastiano, and on the other hand, by the archangel Michael slaying the dragon, so the evil, the death and the disease.