Orciano origins, etymologically “Ursio ground”, medieval castle already documented in the eighth century, remains uncertain; in the most accepted opinion it has arisen as a feud due to a family of Lombard origin.

It is assumed that Orciano has followed the luck of the other villages of the Pisan Hills, falling under the dominion of Florence in the ‘400, with the final defeat of Pisa, and then conformed to the Grand Duchy of Tuscany regime.

To visit the fifteenth-century Church of San Michele, within which is a copy of the hagiography canvas of Raphael’s St. Michael the Archangel.

The territory is characterized by clay hills covered with layers of tuff with some shrubbery, it is full of fossilized remains of marine invertebrates and vertebrates that lived millions of years ago during the Pliocene, when half of Tuscany was submerged by the sea waters. Orciano is probably the most important place in Tuscany from a paleontological point of view, particularly for the remains of vertebrates including bony fishes, cartilaginous fishes such as chelonians sharks, carnivores such as seals and cetaceans such as dolphins and whales. 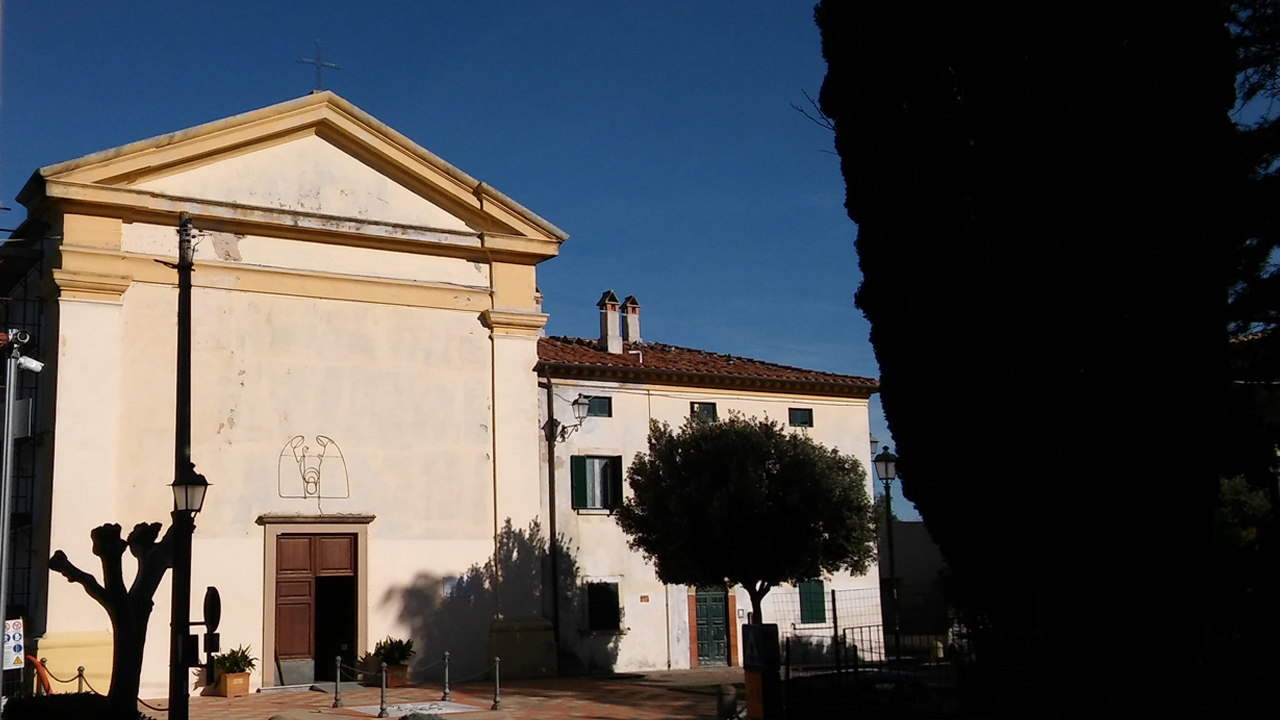 The church was rebuilt after the disastrous earthquake of 1846 that devastated the country and the whole area of the lower hills of Pisa.

The previous building dated back to the early eighteenth century, as documented the beautiful polychrome marble altar that we can see today; however, a chapel of Saint Michael existed since at least the fifteenth century.

The front and interior of the present church are in late neoclassical style with transept and dome supported by four columns.

On the walls are some hagiographic paintings: among these, we note a copy of “San Michele Arcangelo” by Raphael.