The history of Montecatini (Castrum Montis Leonis in latin, before the eleventh century), is linked to the Camporciano copper mine, already used in Etruscan period and in 1800 the largest in Europe, remained open until 1907; after closing in 1911, it began the rock salt deposit exploitation by the Belgian company Solvay.

In the charming old town are the Castle Square, dominated by the massive tower Belforti (sec. XI), which was the venue of the Captains of Volterra and Florence before moving to the French barons de Rochefort; two holes work as telescope to the “Mastio of Volterra” and the “Fortress Sillana”.

On the same square facing the church of San Biagio and the fourteenth-century Praetorian Palace, venue of the Center of Documentation, and part of a net that includes the mining site of Caporciano and the Mining Museum.

Worth to visit some medieval villages like Querceto, were every summer there is an international piano festival; Sassa, perched on a hill from which you can admire a beautiful panorama; Miemo, known for wild boar, roe deer and mouflon breeding.

Among the food and wine events: in May, “The flavors of the valley” and the “September of Montecatini”. 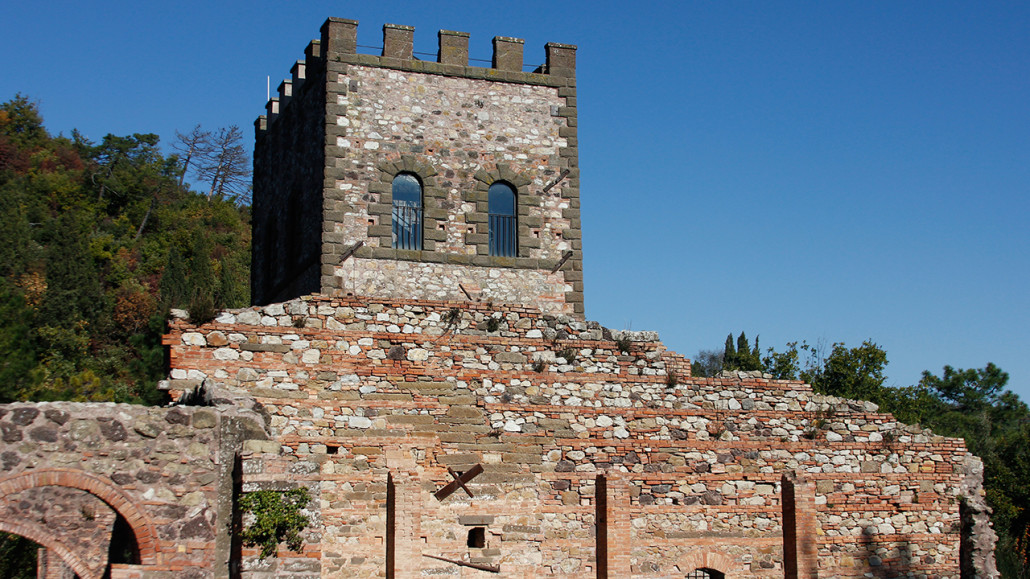 The history of Montecatini is linked to the ancient copper mines of Camporciano, remained active until 1907, of which they remain ruins near the village.

The Etruscans were the first to exploit the plentiful natural resources of this area, using the precious ore to forge tools and decorative ornaments.

To remember these important historical events, it was made a park museum of industrial archeology, in the past mining area and in what remains of the buildings.

Visits allows to appreciate the many riches of these places: history, natural beauty and the testimony of the interaction between man and territory.

The complex of mine tells the story of men, their industriousness and resourcefulness that often turned them from workers to craftsmen and real artists.

The museum offers: guided tours for the whole of the mine and the Pozzo Alfredo from where you went down to over 300 meters deep for the extraction of copper; educational and entertainment activities for children, such as “The day of the miner” to learn about the mine playing.