The origin of Chianni is definitely Etruscan, considering the recent discovery of tombs that testify to the period.

The origins of his name are uncertain instead, perhaps was Clanius, an etruscan Latin name, or Clango, which mean a place covered with forests good for hunting.

The village was a medieval castle fought over the Bishop of Volterra and the Republic of Pisa before moving permanently in Florence; here born the preacher Jordan Rivalto (1260-1311) who was beatified in 1838 by Pope Gregory XVI in August 23, 1833.

Among the monuments to visit are the Church of San Donato, the current parish church; in Rivalto, the Santuario della Madonna del Carmine dating from the eighteenth century, the Church of Saints Fabian and Sebastian, and the Oratorio Society of the Holy Cross.

The most important traditional events are represented by the village fair, on the first Tuesday after mid-August, the Festival of wild boar, every second and third weekend of November, one of the oldest in Tuscany; in October Rivalto is destination for lovers of “marrone”, a special kind of chestnut. 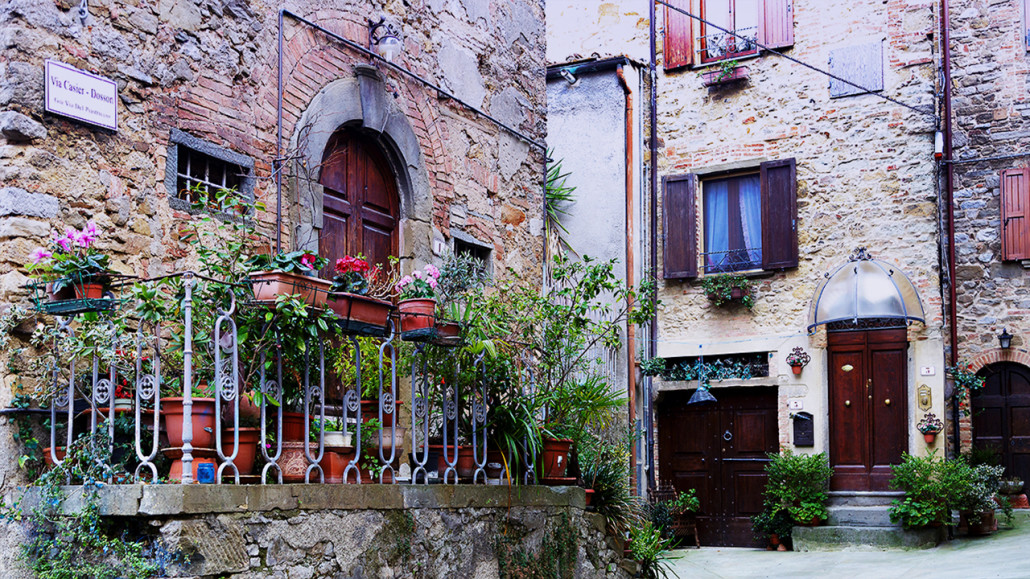 The village of Rivalto, originally a fortress during the High Middle Ages, owes its name to the river Rio Alto that originated nearby.

Notable religious architecture consisting of the Sanctuary of the Madonna del Carmine, dating from the eighteenth century, the Church of Sts Fabian and Sebastian and the Oratorio Society of the Holy Cross.

Rivalto is also known for the traditional Festival of Chestnut, the second Sunday in October, organized by a local association.

The “marrone” of Rivalto is a variety of chestnut, produced not in large quantities in the territory, genuineness, with special organoleptic characteristics.

During the festival you can taste local products based on chestnuts such as roasted chestnuts and “ballote” (boiled chestnuts), the typical desserts such as chestnut, wild truffles, the “slice of autumn”, the “red wine bowl”, the “rum and chocolate fantasies” and the “grandmother cream”.