Of Etruscan origin, located in a natural and charming environment, Casciana Terme is famous for the therapeutic properties of its thermal waters.

In a document of 1148 they placed emphasis for the first time to the healing properties of thermal waters, especially for skin diseases, and the first Spa was built by Federico da Montefeltro in 1311.

The water, which flows from the source at a temperature of 35.7°, is used to fight arthritis, rheumatism, sciatica, today also for rehabilitation, vascular and breathing care.

The treatments, which include the use of thermal mud at 45°-50° and the bathroom in Roman bath at 36°, make Casciana a perfect place for relaxing holidays (worth mentioning the spa of Terme Villa Borri, the first “authentic” beauty farm).

Very close to Casciana Terme are worth a visit the ancient villages of Parlascio, Ceppato, San Martino in Colle, Sant’Ermo and Gello Mattaccino; in Collemontanino, a legend says the castle was home to the Countess Matilde di Canossa, one of the most important person of the Italian Middle Ages, and that his sick blackbird flew to a source of water regaining health, so began the history of Casciana and its baths. 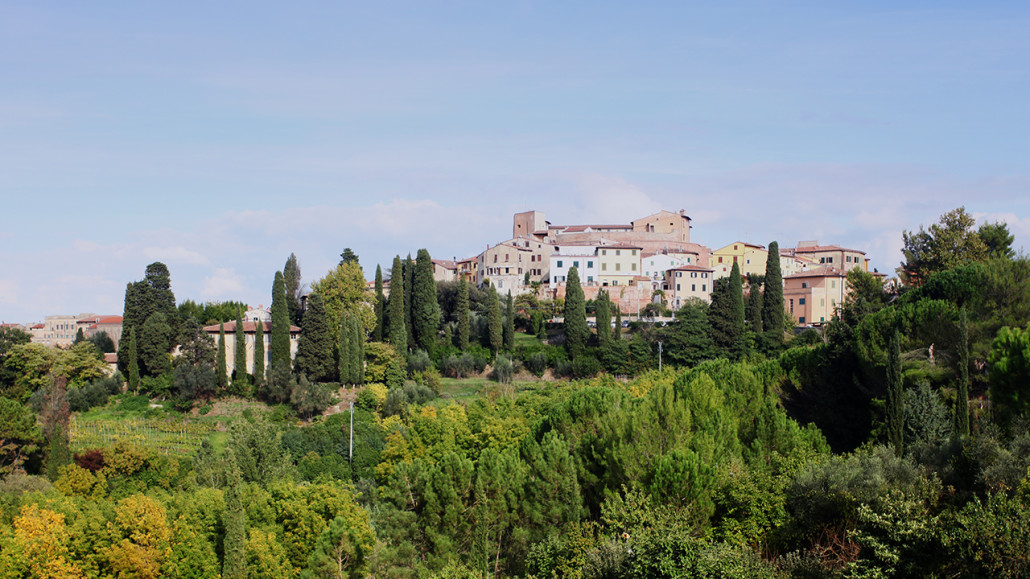 The village of Lari, already inhabited in Etruscan times, is characterized by the massive Castle of the Vicars, of medieval although the present structure dates from the seventeenth century; once used as a prison and court, it was reopened to visitors in 1991.

The building houses the Museum Filippo Baldinucci, with Etruscan and Roman remains, glazed earthenware and Renaissance frescoes; open to visits, the Hall of torture, prisons and underground, which according to legend, are still haunted by the ghost of the Rosso della Paola, here imprisoned for his political beliefs.

Nearby of Lari, a grid of roads and trails allows you to discover interesting landscapes and villages of ancient origin like Casciana Alta, Usigliano, Cevoli, Lavaiano and Perignano, where you can see mansions and churches with valuable artistic exhibits.

Lari, that deserved the orange flag of the Touring Club for environment and tourism, is also famous for its cherries and the traditional cherries festival at the end of May.